The latest shoe from Kyrie Irving’s signature line, KYRIE 3, was released last month, but the “Hot Punch” colorway — taking from the Cavs’ win and gold uniforms — just came out yesterday.

The box of the Kyrie 3 is enticing to look at, an ensemble of different shades of green. All glossy, like a present wrapped in expensive Christmas gift wrapper. 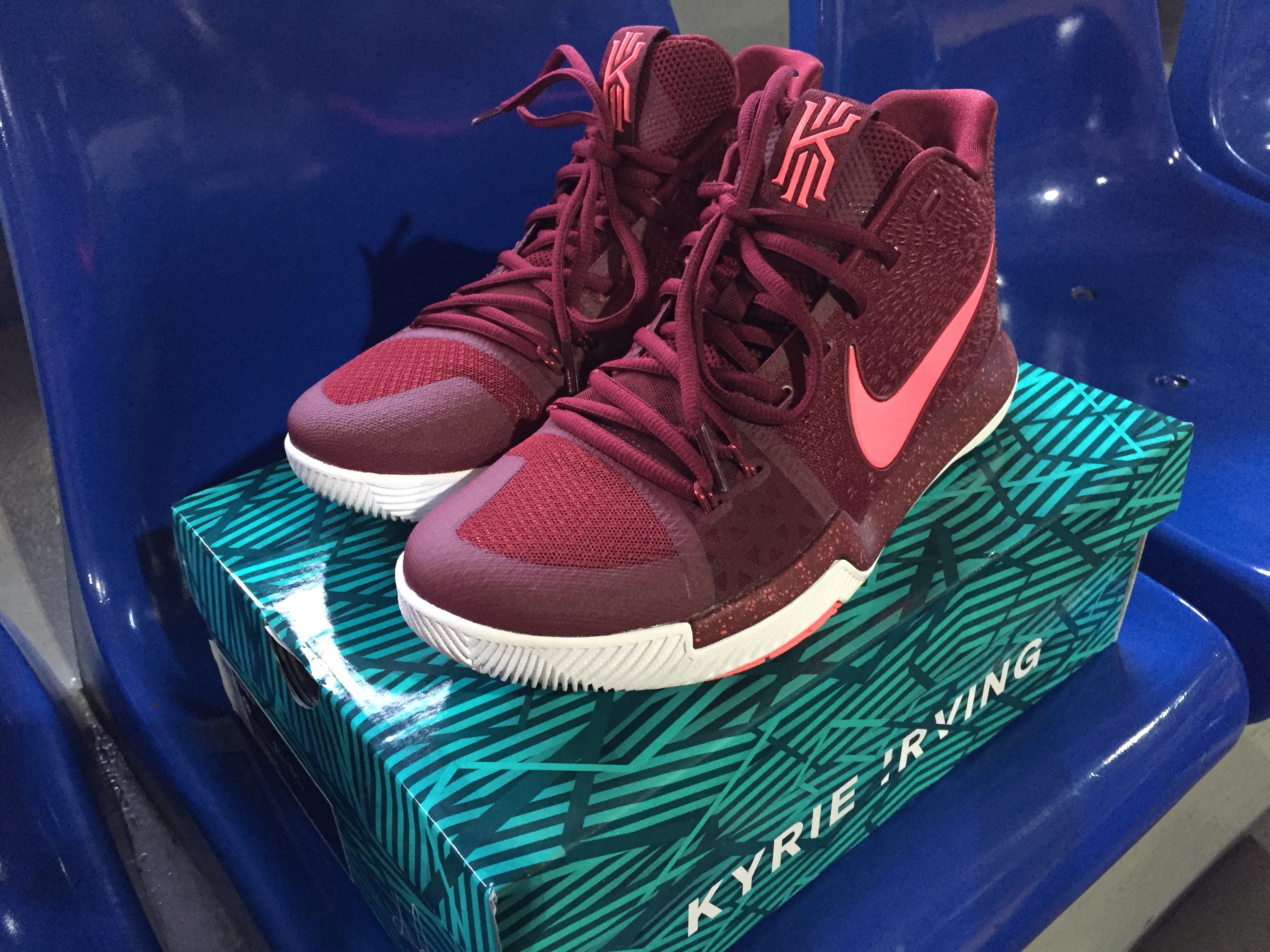 I’ve only seen the Kyrie 3 from photos off the Internet, so it was cool to finally see them up close when I opened the box.

You immediately notice the pink swoosh, clearly dominated by the crimson red. The Kyrie 3 returns with its mid top silhouette, the entire upper made of a unique and Mystique-like texture.

It features a forefront band made from Flywire cables and a curved outsole. A pair of traction pods and a Nike Zoom Air unit for responsive cushioning highlight the bottom of the sneakers. 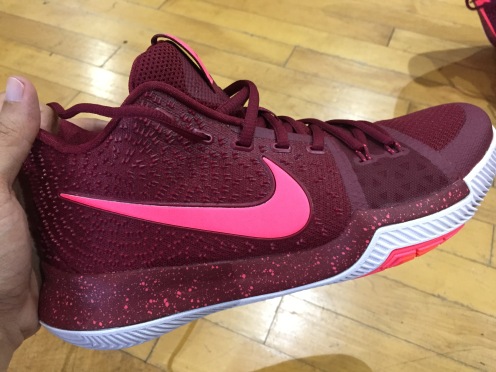 The Kyrie 3 also pays homage to Irving’s family with roman numerals on the insoles which represent his mother’s birthday. The names Azurie and Elizabeth on the heel, meanwhile, represent his daughter and mother, respectively.

You can also see a pair of acronyms in the Kyrie 3, JBY and H+H, which represent Irving’s personal mottos — Just Be You and Hungry and Humble.

The Kyrie 3 fits true-to-size, so that’s a plus — my feet concealed snugly in when I put them on.

Though I have yet to try them in a full game experience, the sneakers were good as advertised with footwork drills. The traction pods enhanced the grip on the floor, allowing me to move quickly and giving me the ability to stop on a dime — great for crossovers and step backs.

Because of his insane handles, Irving’s footwork is unpredictable but this Kyrie model works well with movements that test one’s speed and agility. You lose no balance — locked down for quick and sharp cuts, while also maintaining explosiveness.

The cushioning isn’t the best out there, but props to Nike for doing a great job on the overall traction experience of the Kyrie 3. 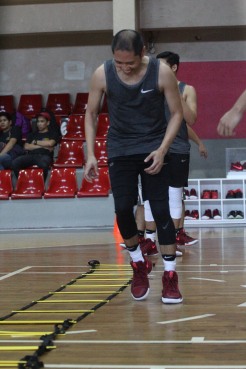 The Kyrie 3 was specifically made to cater Irving’s playing style, that’s why it’s perfect for players who depend on lateral movements when they play basketball. And the traction is impressive.

Plus, these bad boys aren’t that expensive. It’s one of the cheaper signature lines of Nike Basketball, a pair will cost you P6,295.