Across the world, basketball’s pulse speeds up in the summer. Local, national and global icons are cemented in gyms and on city concrete as skills are refined for every circumstance, from earning your name to mounting a championship defense, from pick-up play to pro-am tournaments.

Nowhere is this verve for the sport more evident than in basketball’s global capitals: New York, Chicago, Los Angeles, Manila, Beijing and Madrid. Each of these cities carries a distinct competitive fire, and each a unique flare for the game.

These distinctions, as well as the collective spirit of summer basketball, are celebrated in Nike Basketball’s HyperFam collection that’s comprised of six shoes, one Nike Hyperdunk Low 2017 for each of the game’s capital cities.

The silhouette delivers a level of comfort, support and responsive energy return (thanks to the all-new proprietary Nike React cushioning platform) perfectly suited to the summer game. The colors and graphics on each shed light on the personality of that specific city’s game. 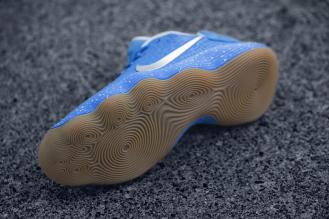 Testing skill in New York City on a single court isn’t enough. One has to establish themselves across the hallowed concrete of the five boroughs’ most famous courts to reach icon status. Over generations, a blueprint for this all-city status has emerged, and each summer the Big Apple’s hungriest talent follows it to prove their metal.

FAILURE IS NOT AN OPTION 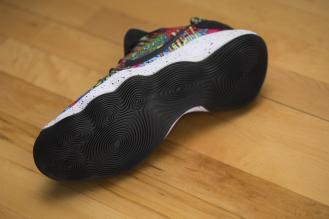 Coined by Chicago-born basketball player Saieed Ivey, a Simeon Highschool graduate who passed away in Los Angeles in 2016, FINAO (failure is not an option) has since become adopted citywide as a rallying call for the Windy City’s next generation of hoop talent. The phrase is inked on bodies and hash-tagged on social media to serve as a poignant reminder of the importance of embracing opportunity.

The Nike Hyperdunk Low 2017 CHICAGO honors Ivey’s legacy and Nike is proud to help raise awareness for his mission. The shoe launches August 2 and is dressed in a colorful, hopeful pattern formed by a variety of hand-style articulations of FINAO. 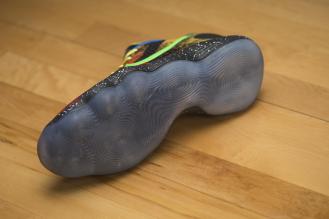 Los Angeles is a study in contrasts. From the beach to the hills, there’s a distinct change in vibe. Contrasts are also evident on local basketball courts. Outside city limits, players from Orange County and the Inland Empire have also raised the level of SoCal basketball. Hitting the floor at King Drew Magnet High School is the region’s ultimate equalizer. At the Drew, nobody cares where you’re from, as long as you can ball.

A special Drew League tongue and distinct color fade on left and right side (one representing LA, the other Orange County and the Inland Empire) of the Nike Hyperdunk Low 2017 LA pays homage to the coming together of worlds united by love of basketball. It launches August 3.

Surrounded by a towering concrete parking structure on all sides, Manila’s Tenement Court Taguig stands as one of the basketball world’s most striking environments. It’s cemented in community infrastructure and serves as an inescapable reminder of homecourt advantage and the heart and soul of the city’s basketball culture.

This court’s iconic aesthic is represetted by an allover gray and concrete-style midsole of the of the Nike Hyperdunk Low 2017 Manila. The shoe releases in August.

Beijing is home to nearly 20 million people. And though its rapid basketball community isn’t blessed with an abundance of courts, there’s no shortage of stiff competition in places like Dongdan. With no room for mistakes in play, the city’s game requires players to go from rough to polished to stay on court.

The brilliant Emerald colorway of the Nike Hyperdunk Low 2017 Beijing reflects the reality of not only needing to show off, but to prove your worth too. The shoe launches August 1. 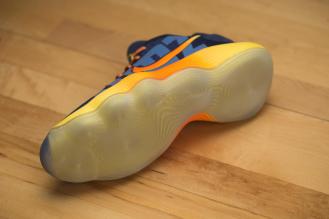 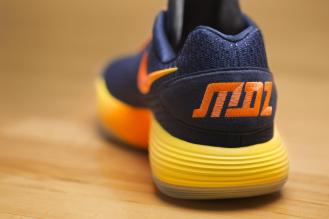 When the sun dips in Madrid, the city’s hoopers hit courts for games with locals and visitors alike. Transcending culture and social barriers, the game unites and creates a new sense of community.

The sunset timing of many of the city’s games inspires the Nike Hyperdunk Low 2017 Madrid, launching July 20. The MDZ emblazoned on the side and heel references a localized pronunciation of the city’s name, Madriz.