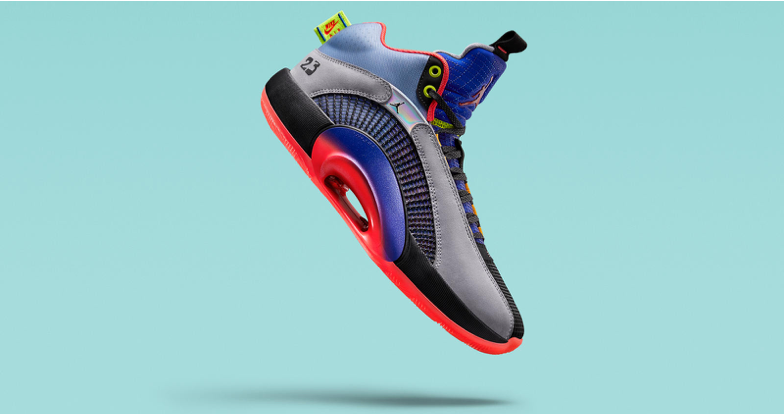 The 35 years of game-changing innovation that’s guided the history of Jordan Brand footwear includes taking the most valuable performance features on the court and making them even better for the world’s best players. Refining the most responsive cushioning platform in basketball, the Air Jordan XXXV taps the technology behind the Eclipse Plate and evolves it to help unlock Zoom Air for a more responsive feeling in the heel and forefoot.

In the Air Jordan XXXV, the Eclipse Plate 2.0 builds off its original form in the XXXIV to get the most efficient energy return out of those Zoom Air units. With reduction once again as the shoe’s guiding philosophy, the design is an example of performance and aesthetic innovation that remains at the core of Jordan Brand’s on-court presence.

“The Air Jordan signature shoe has and will always be the most important shoe we make each year,” says Craig Williams, President of Jordan Brand. “Basketball is where the Jordan Brand started, and it’s where we’ll continue to invest in and advance our never-ending pursuit of excellence on the court.”

What defines the Air Jordan XXXV?

While the shoe’s visual identity is fixed on the Eclipse Plate 2.0, other visual details link the silhouette back to Jordan Brand tradition, specifically the Air Jordan V, with its tongue top design and its Kurim detailing and molded foam pods around the collar of the shoe. Jordan Brand athletes and consumers asked to bring back suedes and other premium materials that the brand historically established on the court. Interpretations of leather and suedes and other handmade touches point back to the Jordan Brand language of luxury, but done with functional purpose for the final product.

“Integrating premium materials and textures was a priority for the Air Jordan XXXV,” says Tate Kuerbis, Jordan Brand footwear designer. “The brand has a history of giving these materials an aspirational quality. When players see it, when they touch it, they feel like they have the power of the Jumpman behind them. Everything we do has to tie back to making the best basketball shoe on the planet.”

What Jordan Brand athletes say about the Air Jordan XXXV

“I feel so athletic in the new Eclipse Plate. I can feel it especially when I get into the lane — to be able to plant, go up, create contact and finish. Every time I get a board, I want to tell my teammates, ‘You saw my bounce, right?’” — Kia Nurse, guard for the New York Liberty

“The XXXV is comfortable, supportive and lightweight, to the point that I don’t even feel like I’m wearing it. I can play my style without even thinking about it. I was shocked that Jordan could take the Eclipse Plate in the XXXIV and upgrade it in the XXXV.” — Jayson Tatum, forward for the Boston Celtics

“I’m always using change of speed to set up the offense, and on defense, I need to react quickly. The herringbone traction helps me be fast on my feet.” — Guo Ailun, guard for the China Men’s National Basketball Team

“The 35s feel broken in right out of the box. I love the fit around my ankle and how comfortable they are.” — Rui Hachimura, forward for the Washington Wizards 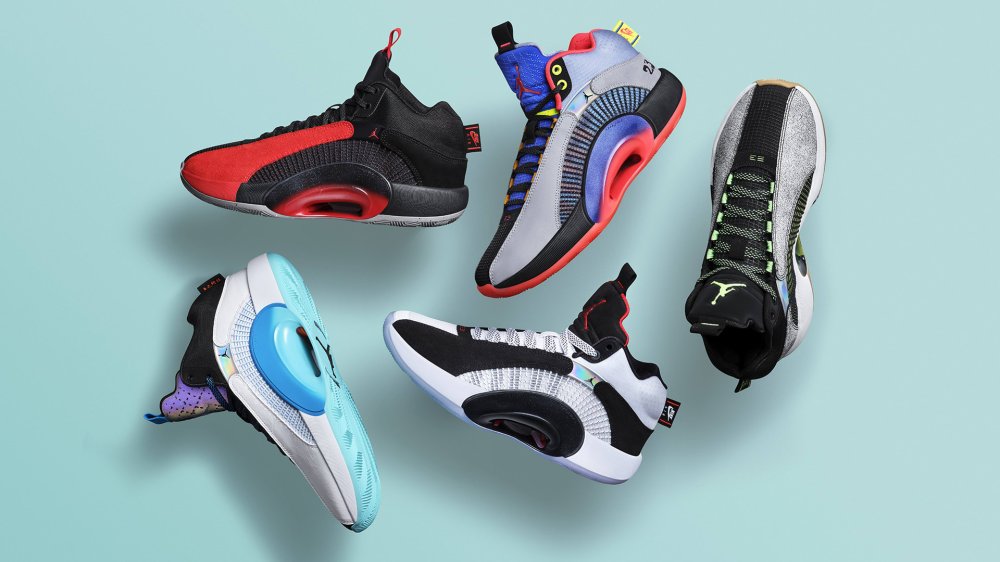 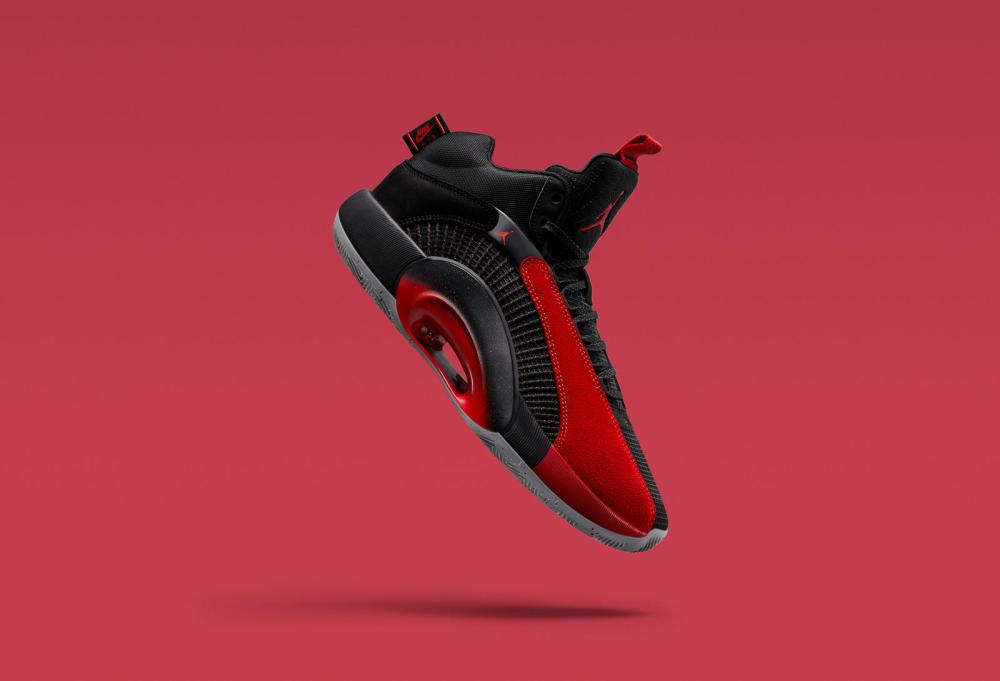 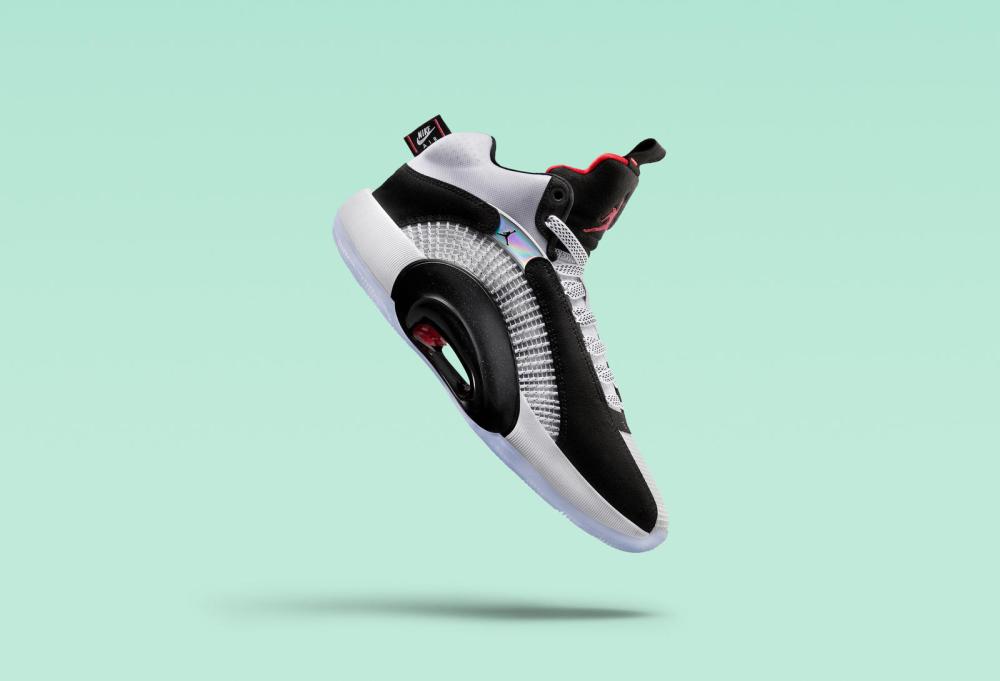 The Center of Gravity colorway of the Air Jordan XXXV releases in the Philippines at select retailers this Holiday 2020.